Electronic data acquisition, communication, processing, and control systems continue to expand their presence in both industrial and day-to-day activities. Along with increasing performance and capability, modern electronic data processing technology has also enabled reductions in the size and cost of these systems and has opened the opportunity for their location in areas normally considered inhospitable to electronic equipment.

It is not unusual to find high-end electronic equipment in non-traditional environments. For example, the advent of WIMAX technology has seen smaller, lighter data transmission and processing equipment at power levels of 500 to 1000 watts located in mast, pole, or roof-mounted enclosures. 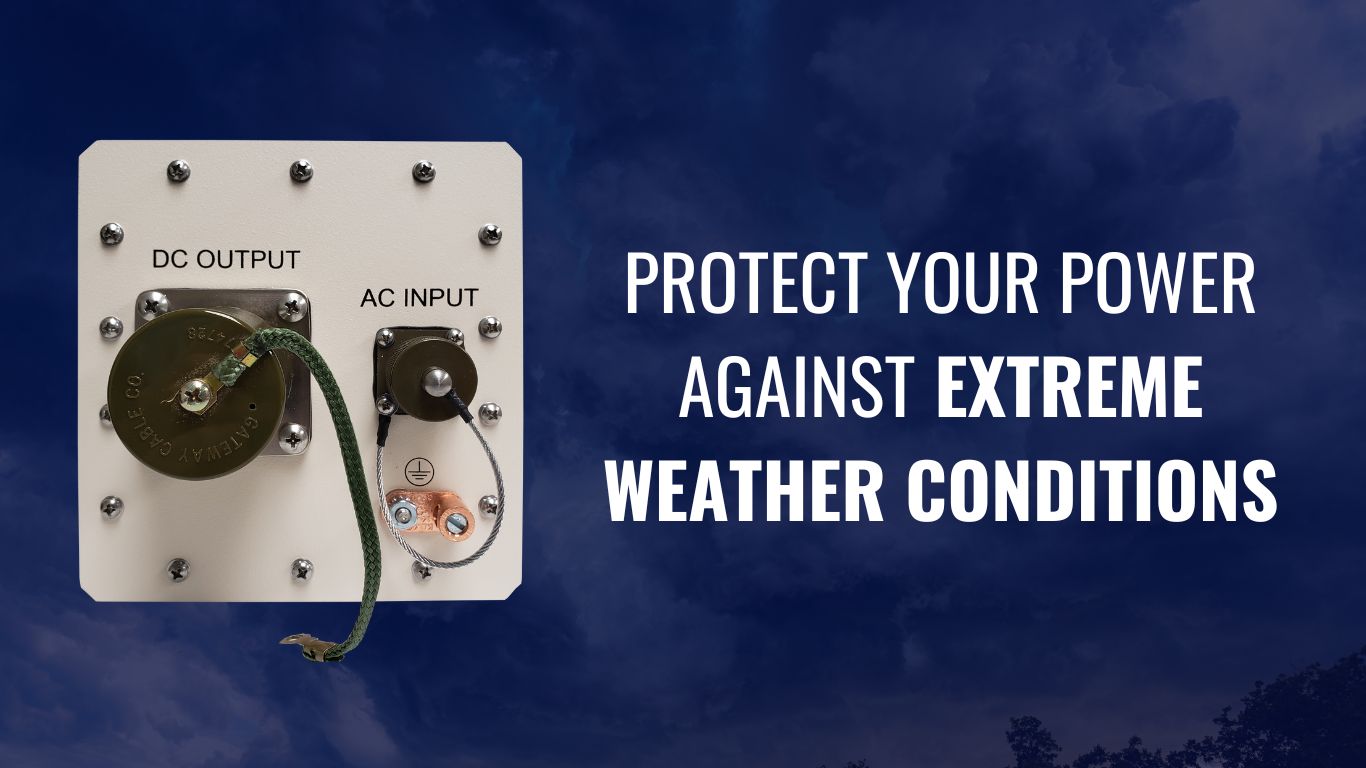 Most modern electronic applications requiring more than a few hundred watts utilize forced air as their preferred cooling mechanism. A typical solid-state, switching power supply operating under ideal conditions has its operating life ultimately limited by dehydration of aluminum-electrolytic capacitors, bearing wear out of cooling fans, and accumulation of dust and debris within the unit. In a well-designed unit, these should provide seven years of continuous operation. Even in relatively clean and climate-controlled environments, dust and other potentially conductive debris will be infused into the unit over time.

Infused debris can cause bridging of circuits due to conductive material coming to rest across insulating barriers. Alternately, dust build-up acts as a reservoir for ionic contaminates and moisture entrapment for humidity. Over time, these can enable the growth of conductive dendrites that may ultimately bridge insulating barriers.

Dendrites are microscopic conductive paths that are formed when ionic materials, in the presence of moisture in an electric field, disassociate into negatively and positively charged materials.

Dust accumulation will degrade the performance of heat sinks and air filters that provide cooling for power dissipating elements. As these get clogged, the operating temperatures of components will increase, ultimately leading to reduced component life.

Astrodyne TDI has concluded that the best practice is to conformal coat printed wiring boards with a thin acrylic coating, such as Chase Specialty Coatings HumiSeal, for computer or control room products.

As the equipment is moved outdoors, atmosphere elements become more stressful. Infused sand or grit (such as found adjacent to a construction site or nearby a dirt road) can abrade insulating coatings or barriers and in extreme cases, components themselves may be abraded.

Humidity and moisture are more pronounced in outdoor environments. Even in air-conditioned cabinets, moisture condensation may occur as temperatures increase and decrease as cabinet doors are opened for service. If equipment is located nearby the ocean, salt fog penetration will accelerate metal corrosion, as well as provide a rich mixture of ions to promote dendrite growth. Fan bearings may also be adversely affected by any of these conditions.

A typical computer or control room environment normally provides a temperature-controlled environment in the range of 15-35ºC (59-95ºF). Under unusual circumstances, such as an air conditioner or heating system failure, the ambient operating temperature may be more severe, usually only for a short period of time. Power supplies deployed in this 25ºC nominal, environment are typically rated at 40 to 50ºC maximum. Failure rates of electronic equipment typically double for every 10ºC of increased operating temperature, and the realized reliability of power equipment is generally two to four times better than if it were running at maximum temperature.

Outdoor equipment, on the other hand, must withstand the rigors of the climate it is installed in, with temperature extremes as low as –30ºC (-22ºF) and as high as 45ºC (113ºF). Solar loading effects can increase the effective operating temperature by another 20 to 30ºC.

Liquid-to-air heat exchangers can remove much more heat, but require a source of cooling liquid to carry the heat away. Thermo-electric coolers also present an attractive method of dissipating heat, but they are generally only practical up to power levels of 100W.

Compressor-derived air-conditioning equipment is generally less reliable than solid-state electronics. Experience has shown air conditioners are among the most problematic elements of outdoor systems, and problems increase with the heat load presented to the air conditioner.

Air conditioners generally cycle in a "bang-bang" mode of operation, where their compressor alternately delivers maximum cooling or is turned off. The resulting ambient temperature presented to the cooling system will cycle about some average, with significant high to low-temperature deviations. Competing air streams from the system air conditioner and equipment cooling fans can complicate matters further, with the end effect being decreased reliability of system elements. This is especially true with fan-cooled power modules, as they generally take the form of long, rectangular-shaped tubes that are particularly vulnerable to opposing air streams.

When taken all together, it is not unusual for failure rates of fan-cooled power supplies to increase four to either time from the temperature variations presented in small outdoor systems.

Most office or computer room equipment is designed to withstand operational stress resulting from nearby machinery such as blowers, air conditioners, etc. which generally produce somewhere less than 2 to 3 G's of acceleration at frequencies in the 200-2000-Hz range. Outdoor installations may experience significant acceleration at lower frequencies due to the effects of wind, passing traffic, mounting mast movement, etc. As power supplies tend to have fairly heavy components, such as transformers inductors, and relays, special care must be taken to secure these against the effects of long-term vibration stress.

Power line transients are a source of many equipment reliability issues. These may take the form of very short, high voltage transients (on the order of thousands of volts for hundreds of micro-seconds in duration) resulting from lightning strikes or inductive kicks after the removal of a parallel short circuit. Likewise, longer-term voltage swells (hundreds of volts for hundreds of milliseconds) can result from parallel load transients. Other loads connected in parallel to the subject system may also cause voltage sags (brownouts). In addition, power generator or transmission system events can cause power interruptions, which can be a few milliseconds, or in the event of a blackout, last for days.

Outdoor equipment usually has a little buffering between it and external utility power lines. As such, good practice is to provide peak voltage clamping in the form of surge arrestors (metal-oxide surges, gas-tube surges, or both) connected near or in the equipment. Power conversion equipment should be designed to handle longer-term swells and brownouts.

Many systems must also operate in an uninterrupted fashion, regardless of power line conditions. Energy storage is generally accomplished with lead-acid batteries present additional challenges to system reliability regarding temperature control since their expected life and failure rate are very sensitive to operating and storage temperatures.

The most straightforward method used to address severe instillation environments is to enclose the system in an environmentally controlled enclosure. Telecommunication systems have been using this method for years, with reasonably good results. However, the advent of smaller systems, such as the WiMAX nodes, has presented new challenges to system designers in terms of size, cost, and reliability.

Some systems utilize environmentally hardened equipment in a semi-sheltered environment that is protected from direct moisture egress, bugs, vermin, and solar loading, but unconditioned outside air comes in direct contact with deployed equipment. In these applications, a cost-effective alternative is to utilize fan-cooled power conversion equipment that is hardened against the effects of humidity, moderate salt fog, dust, and grit. Astrodyne TDI has developed products that utilize a 2 to 3mm thick coating of Silicon TV to protect all small electronic components and printed wiring board traces.