Introduction:
On any given day we come in contact with a wide variety of electronic devices. Additionally, there is a plethora of instrumentation, control systems, communication devices, and any number of miscellaneous electronic devices or systems in place in the background of society as a whole upon which we depend on a daily basis.

No matter what type of electronic device, be it a consumer-based product such as computers, cell phones, game systems and the more industrial-based OEM monitoring and control systems, they all have one common requirement for their operation - a reliable and stable source of DC power. 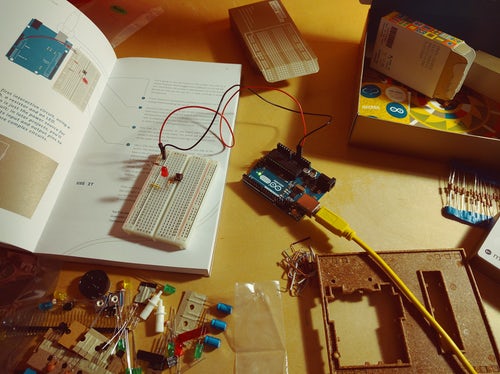 Whether an AC/DC main power converter or an embedded DC/DC converter in a larger distributed power system, no other single component has a direct an effect on overall system reliability and performance as the ubiquitous power supply.

The power supply provides not only reliable power to the device, but also is called upon to meet user safety, emissions, and MTBF specifications as well as meet system ambient thermal requirements.

Linear Vs. Switching Power Supply Comparison:
The differences between the two power converter topologies is readily apparent. Switching power supplies have gained in popularity due to their high efficiency and high power density. The key specification of note between the two is the output ripple. Due to the propagation of the higher frequency chopping used in the switching supply, output ripple is generally higher than that of a linear supply, in the range of 100mV. This can be problematic in low noise requirements such as instrumentation, but these effects can be mitigated with output filtering circuitry. Switching supplies also have slower transient recovery times than linears, but have much longer output holdup times, a characteristic which is important in many computer and instrumentation applications.

The switching power supply has the advantage of a wider input voltage range than its linear counterpart. The linear power supply input range is usually +/-10% and has a direct effect on the efficiency of the supply. With a switching supply there is little or no effect of the input voltage swing on the efficiency, and the input range is usually 50-100% by use of universal or auto switch line controls.

Forward Converter:
Another population switching configuration is known as the forward converter. Although the forward converter bears some similarity to the fly back type, there are some key differences. The forward converter does not store significant energy in the transformer, but rather in the output inductor. When the transistor switches on, and output voltages generated in the secondary current flows through the diode into the inductor. The longer the on-time of the switch relative to the off time, the higher the average secondary voltage and the higher the open current load.

When the switch is off the current in the inductor cannot change instantaneously. Because of this, current flows from the energy storage element during both halves of the switching cycle, unlike that of the fly back type circuit. Because of this, the forward converter exhibits lower output ripple voltage than a fly back circuit for the same output power level. This type of configuration is used for power levels up to 250W.

Buck Converter: Often used in switching power supplies with output levels up to 1000W, the buck regulator shown below operates like a forward converter and there is no input-output isolation for the circuit. The high input DC voltages regulated to a lower level by pulse width modulation of the switch.

Push-Pull Converter: The push pull converter is a variant of the forward converter, with the exception that two switch elements are used on the primary site of the transformer.

Full and Half Bridge Converters: Another commonly employed topology is the half or full bridge converters, which have variations of the forward converter. The only difference here is the difference in which the transformer primary is driven.

Power Factor Correction: The intricacies of power factor effects are complex; in essence, the power factor of an AC system is defined as the ratio of the real power flowing to load the apparent power, normally quantified as a number between 0 and 1, frequently expressed as a efficiency rating percentage.

In an electric power system, a load with low power factor draws more current than one with high power factor for the same amount of useful power that is transferred. These higher currents increase the energy loss in power distribution systems and require larger wires and equipment to minimize their effects. Because of the costs required for additional power equipment to supplant the wasted energy, electrical utilities will usually charge a higher cost to industrial or commercial customers where greater power is used due to low power factor ratings.

Switch mode power supplies, by nature of their design draw current from the AC line in short pulses when the mains instantaneous voltage exceeds the voltage across the bulk input capacitor during the remaining portion of the AC cycle that this capacitor provides energy to. This results in high harmonic content and relatively low power factor, creating extra load on the utility lines. These harmonics can be removed through the use of Filter banks, but such large filtering capability can be expensive to implement.

When specifying a switching power supply, there are a number of factors to be considered such as:

- and other derating factors

All of these play a huge role in the ability of what each application and component can do for this specific conversion.