The Importance of EMI and EMC Testing

Before a final product is brought to market, the manufacturer must prove its compliance with Electromagnetic Interference (EMI) and Electromagnetic Compatibility (EMC) testing requirements. The testing helps ensure that new products under development can function as intended when used alongside current devices and systems in their shared operating environment. So, what is EMI and EMC in regards to the regulatory testing of electronic components and equipment?

The terms electromagnetic interference and electromagnetic capability are often confused when it comes to the regulatory testing of electronic devices. They are commonly used interchangeably. However, it is best to have a basic, general overview of each term and the respective requirements.

Despite being related in many ways, EMI and EMC have different meanings and relevance to the testing process.

Electromagnetic interference (EMI) is defined as electromagnetic energy that disrupts the function of an electronic device, electrical system, or radiofrequency system.

Since EMI either can be radiated or conducted, engineers must test power supplies through comprehensive scenarios for both radiation and conduction. Radiated EMI, otherwise known as radio-frequency interference (RFI), travels in the form of radio waves. Meanwhile, conducted EMI comes from the electromagnetic field generated by another source. The current flow is accidentally carried along a cable from this other source to the tested device.

What Are EMI Sources?

The source of EMI sometimes can include electrical storms, solar radiation, and other natural occurrences. However, EMI sources generated by another electronic device or electrical system are much more common. All electronics emit EMI, though specific equipment and peripherals are more likely to produce such disturbances.

The most common EMI sources include:

Most electronic devices are engineered to account for the presence of some amount of electromagnetic interference. As Each device in an operating environment must function as intended without disrupting one another.It is crucial to ensure that a final product is shielded appropriately from EMI and only produces emissions below the defined limits.

What Is EMC Testing?

Electromagnetic compatibility testing indicates whether a device can exist harmoniously within its expected operating environment. The two facets of EMC testing include:

Comprehensive EMC testing scenarios evaluate whether a device will generate or be vulnerable to EMI in its environment. To ensure that a design will function correctly, engineers must protect components and equipment from some amount of electromagnetic radiation. Additionally, the circuits themselves must not generate emissions that can degrade the performance of other electronic devices. EMC testing is necessary to ensure these design specifications are met.

Why Should Power Electronics Always Undergo EMI and EMC Testing? 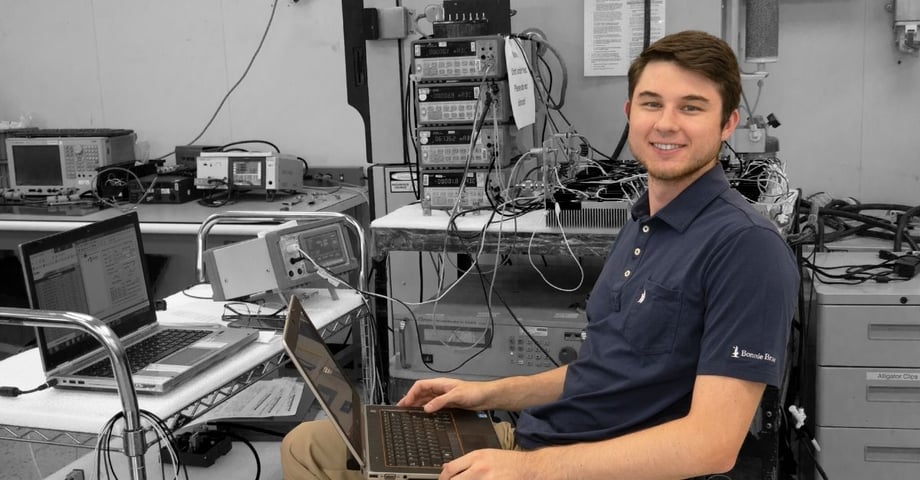 The EMI and EMC testing processes are essential when bringing a new product to market. Many manufacturers regard these tests as a long-term investment due to the multiple advantages:

What Does the EMI and EMC Testing Process Look Like?

1. Determine What Standards Apply to the Product

A specific EMC testing process is determined based on the product type, its intended application, and the compliance standards regulating its use. These standards vary between devices and geography, so manufacturers must develop an EMC test plan based on the correct requirements.

The EMC testing routine may simulate various electromagnetic phenomena, such as the following:

Because different regulatory bodies have their own specific standards, it can be challenging to define or pin down the requirements of a product. Perform independent research or contact an EMC test lab to determine what standards must be met before sending a product in for formal testing. Avoid a disastrous outcome by considering all necessary EMC standards.

The cost incurred from EMI and EMC testing can be relatively high. Should a manufacturer need to investigate failed results and re-test a product, they will have to extend their budget severely. Pre-compliance testing can help avoid these challenges and financial problems by identifying EMC issues as early as possible.

Before a product is formally tested, it should possess excellent EMI immunity and generate no additional EMI emissions than the regulations require. Introduce pre-compliance tests at an earlier stage in the development cycle. This way, the manufacturer will have greater confidence in the product's ability to succeed.

When bringing products to market, EMC accreditation is crucial for establishing the validity of its testing. Should a problem occur in a device, the manufacturer is responsible for proving compliance with all required regulations. Certification from an ISO/IEC 17025 accredited test lab will help ensure a product meets the necessary standards.

Schedule an appointment well in advance, so you can perform your pre-compliance test with enough time to address any issues before the formal testing.

The 4 Types of EMI and EMC Tests for Power Supplies

Since EMI can affect power supplies through radiation and conduction, comprehensive EMC testing must cover both radiated and conducted interference. Immunity testing for either radiated or conducted EMI is used to gain a reasonable assurance that the device will function as intended in its environment. Meanwhile, the two types of emissions testing help ensure that any radiated or conducted emissions from the device will not cause harmful interference to other equipment.

Depending on the product being tested, you may want to measure its immunity to EMI and the EMI emissions it generates in both radiation and conduction scenarios.

Immunity testing determines a product's susceptibility to EMI — evaluating how it reacts to both continuous and intermittent electromagnetic energy exposure. The device is subjected to electromagnetic noise at various frequencies to simulate a power surge and assess the effectiveness of its power supply.

Emissions testing analyzes the amount of EMI generated by the tested product — ensuring that any emissions from the device's internal electrical systems remain below the specified limits. Antennas, amplifiers, and spectrum analyzers help engineers accurately measure how much electromagnetic noise their device generates.

A Look Into EMI and EMC Testing Standards

When it comes to a product's compliance, the responsible regulatory body defines the applicable standards. This body could be a governmental administration, organization, commission, or committee. Different regulatory bodies have established specific regulations for emission and immunity testing. For example, both the United States and European standards offer separate specifications for conducted and radiated EMI.

The specific industry and the end use of the device may also result in unique EMC testing standards. Products developed for particular industries — including the industrial, medical, military, and consumer goods sectors —- must meet the applicable standards.

Here are some of the most common EMC testing standards that govern EMI and EMC compliance:

Industries That Benefit From EMI and EMC Testing

Manufacturers throughout the automotive industry use EMC testing for both individual components and automobiles as a whole. Different car companies, including Volkswagen, BMW, and Mercedes, have set strict standards for their products. Whether you produce the engines and radios that go into a vehicle or transform these components into functioning automotive machines, EMI and EMC testing is necessary to ensure the final product's safety, reliability, and market approval.

Growing demands for product customization and stringent market requirements continuously impact industrial production. Manufacturers must ensure the end product is safe and reliable for industrial use while delivering on the market's desire for quality custom equipment. Industrial power supplies that have been appropriately tested to EMC standards provide greater confidence in the final product's ability to shield against interference.

Nearly all computerized products utilize semiconductors for their compactness, reliability, and efficiency. However, their higher capacity for electromagnetic emission also leads to necessary EMC testing to assess and protect against EMI risks. This testing is vital for semiconductors intended for operating environments or produced in manufacturing environments that use other sensitive equipment.

Devices that cannot function in close environments with other electronics and electrical systems may risk patient safety. That's why any equipment used in this demanding and highly regulated industry must be able to work alongside others without EMI compromising their performance. EMC testing is critical for managing the risk of medical devices and medically approved power supplies requiring the highest control and precision.

Manufacturers must subject military equipment to rigorous EMC requirements and stringent design specifications. MIL-STD-461 is a common testing standard for military equipment that could potentially emit or be vulnerable to electromagnetic energy. These military EMC requirements include immunity and emissions testing and are applicable in the army, aviation, aerospace, and marine fields.

EMC testing helps support proper functioning and compliance for all electronic devices. Even commonly used electronics and commercial appliances, such as computers, microwaves, washing machines, and television units, must meet EMC requirements. Electronic devices connected to Wi-Fi have a higher risk of emitting far-reaching EMI and have relatively strict regulations for potential interference. FCC standards mandate comprehensive testing standards for all consumer products before they can enter the marketplace.

Choose Astrodyne TDI to Bring Your Products Into Compliance

At Astrodyne TDI, we offer comprehensive EMC testing for innovative Power and EMI filter solutions in various fields. Our EMI filters and power supplies can be certified to multiple safety standards. Whether you're curious about the success of our company products or need further information on our custom solutions, we welcome any questions. Contact us today to learn more!